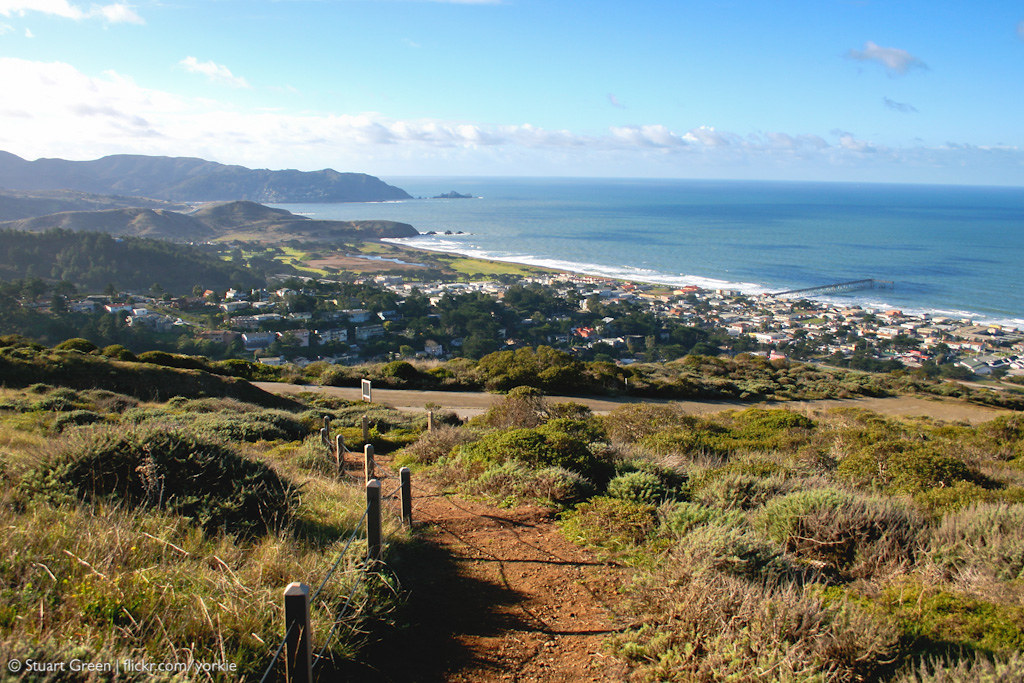 Echoes of two past wars are still present on Milagra ridge, and can be easily identified on this short hike above Pacifica. Thankfully the military emplacements don't detract from the beauty of the park, nor do they obscure the excellent panoramic coastal views which make this short hike a worthwhile experience.

Gun Battery 244 served the San Francisco Bay as part of the area's World War Two defenses, primarily to defend against the Japanese threat in a post Pearl Harbor world.

In stark contrast to this is the cold-war era Nike Missile Site SF-51L which was introduced to defend against the new technologies of the jet age. The site has long been decommissioned, and most of what remains of the base lies underground and inaccessible. For those wishing to see more of a Nike missile bases, you only need to travel another two miles to Sweeney Ridge.

As with any northern peninsula hike, be sure to check the weather before setting out as these coastal hillsides are not exactly a stranger to low clouds and fog. Parking can be a little tight too, since there's only room for around 5-6 cars. More parking can be found on the street outside the park but this would add an extra half-mile to your hike.