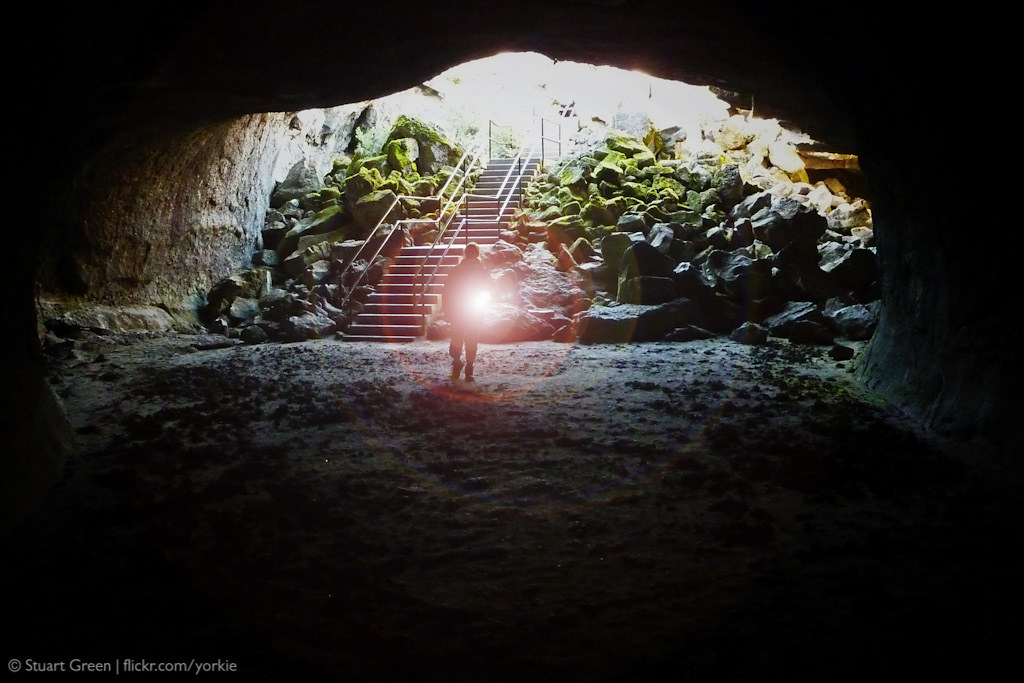 Twenty thousand years ago and just 15 miles north of Lassen Volcanic National Park, the ground broke apart and huge volumes of volcanic rock poured forth to create the enormous expanse that is the Hat Creek Lava Flow. Exposed to the air, the top of the lava flow began to cool and solidify, while molten rock below continued to flow - insulated by the now solid roof and creating lava tubes which carried the red-hot rock miles from its source.

Subway Cave is a section of lava tube less than a third of a mile long, located between two areas of ceiling cave-ins. Substantial concrete steps have been constructed at both ends of the cave, providing easy access for all would-be spelunkers. 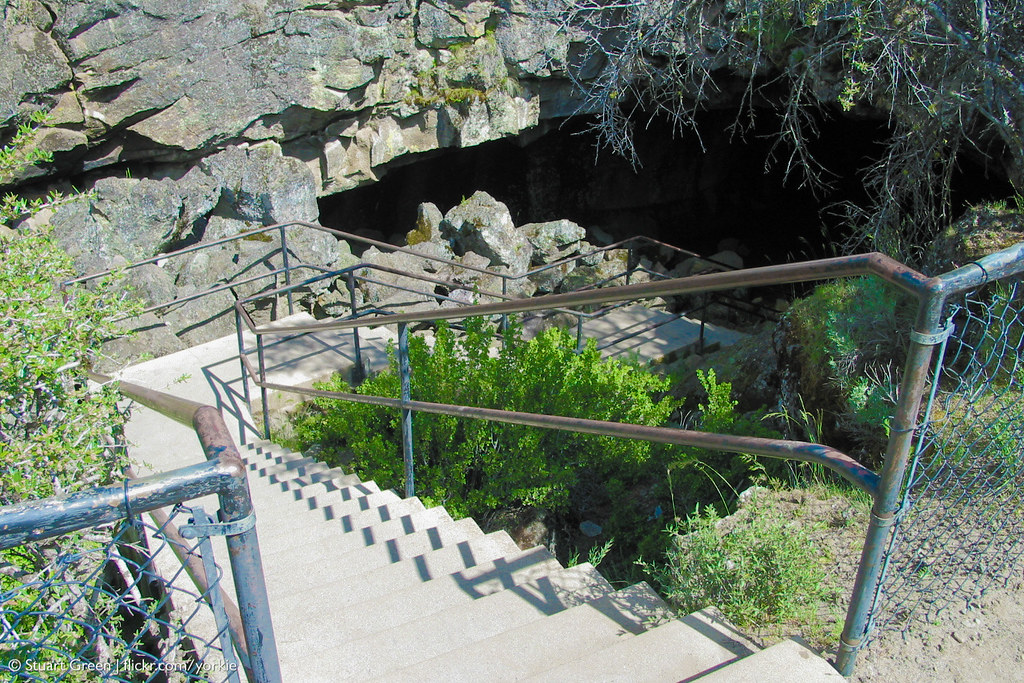 Flashlights are a necessity in the cave, but forgetful folk may be able to rent them from the information center at Old Station just south of the Subway Cave park. Jackets are recommended too since the cave has a cool atmosphere despite outside temperatures.

Subway Cave is open between May and October only as winter weather conditions restrict access during other times of the year.