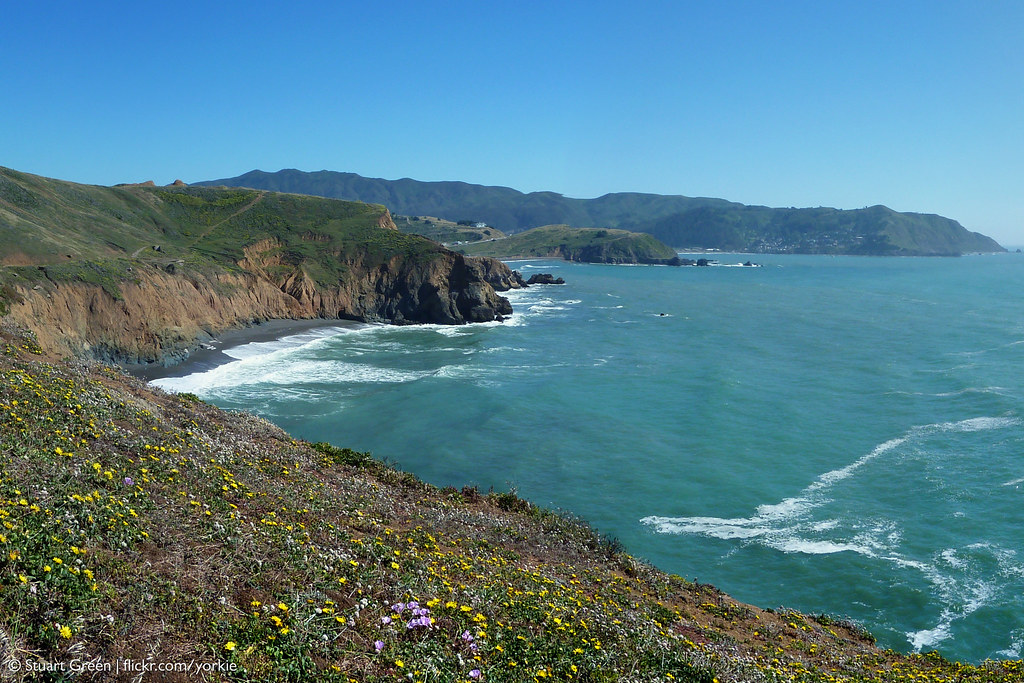 When savoring the splendor of the coastal bluffs of Mori Point in Pacifica you might want to bear in mind that the views here were so nearly very different. Developers have considered many plans for this land - condominiums, commercial development, an intersection for a new freeway extension and even a proposal to create a "Coney Island of the West" on the wetlands below. In 2000, the fervent efforts of the Pacifica Land Trust, California Coastal Conservency and the Trust for Public Land resulted in the purchase of the land and it was turned over to the Golden Gate National Recreation Area for preservation and restoration.

Our recommended trail explores a circuit of Mori Point providing some excellent coastal views, and a trip along the ridgeline from where you can see all the way to the Golden Gate Bridge on a clear day. We've labeled this trail as a 'medium' because of the stream crossing and steep sections of trail near Rockaway Beach to the South. The most difficult parts of the trail are identified on our map, and if you prefer an easier route we recommend approaching Mori Point from the gentle uphill trails or the steps from the levee on the North side.

Sunsets from Mori Point are rarely the same twice, and in the morning the hills are also a great whale and dolphin watching location. Free parking is easy to come by near the trailhead* and alternative parking is also available by Rockaway Beach which also feature several shops and restaurants worthy of attention. Another option is to park up by Pacifica's pier a mile north of Mori Point and extend your hike with a stroll along the levee that borders Sharp Park golf course and the sandy beach.