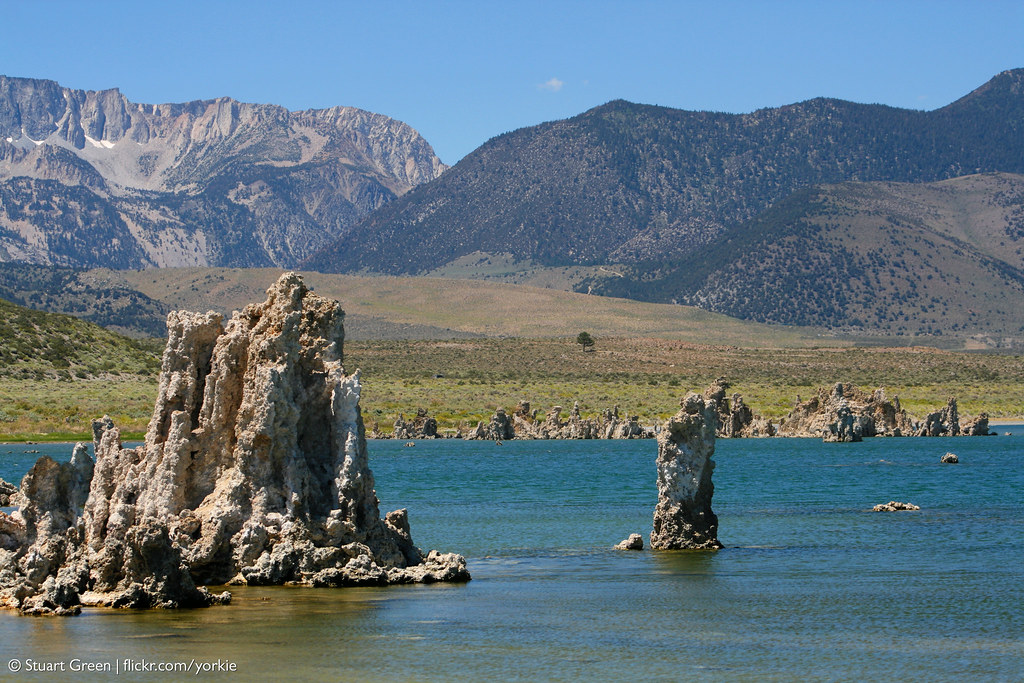 The dramatic scenery of the central Sierras doesn't stop at the boundaries to Yosemite National Park. Driving beyond the eastern park entrance along Route 120 and you'll find yourself on the snaking Tioga Pass highway with its towering volcanic peaks and sheer cliff-faces, before being faced with the sight of the enormous Mono Lake.

Mono Lake is a curious body of water located 6,400 feet above sea level and replenished by run-off from neghboring Eastern Sierra mountains. Since the lake has no outlet and until recently only ever lost its water to evaporation, salts have collected in the lake over hundreds of thousands of years which according to the State Park website makes the lake "two-and-a-half times more salty and eighty times as alkaline as the ocean".

The salts from the lake created underwater columns of calcium-carbonate rock known as "Tufa towers" which have become exposed to view as the size of the lake has shrunk. This curiosity is dotted all around the lake, but most abundant on the southern perimeter of the lake at Mono Lake Tufa State Natural Reserve.

The reserve is well signposted off the highway and ample parking is available. A small fee is payable at the ranger station, which is also the trailhead for this short trail.