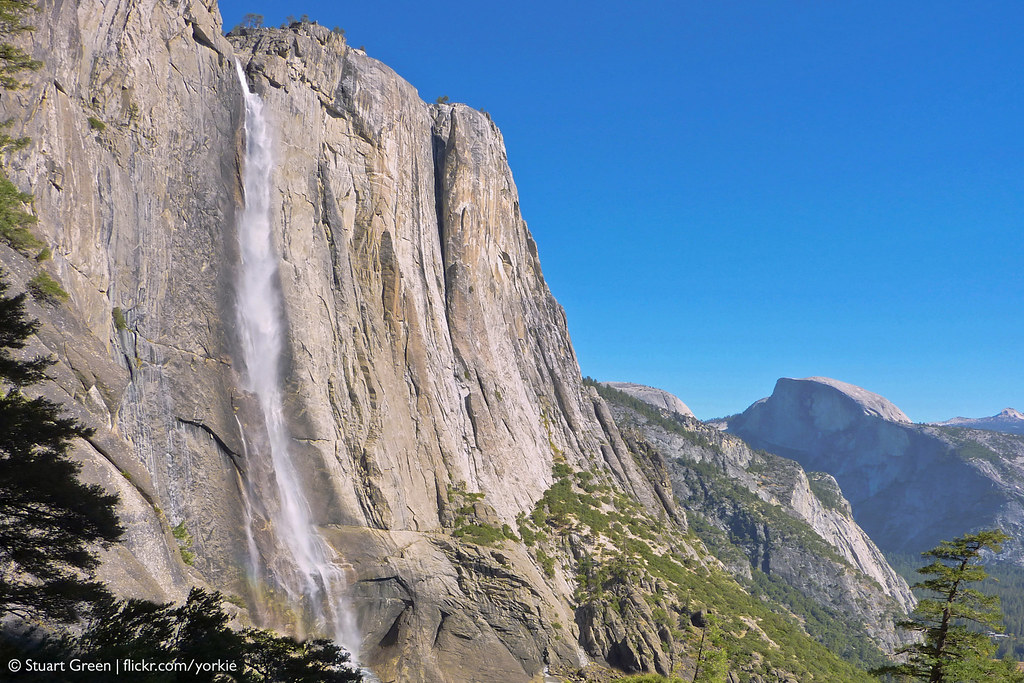 Conquer one of the largest waterfalls in the world on a steady and well maintained hiking trail through and experience some of the best Yosemite Valley views on the way. 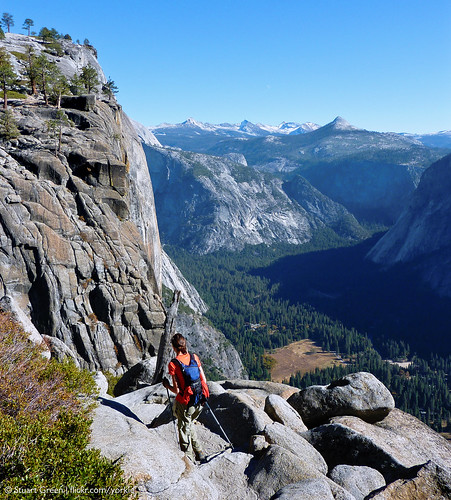 At last count Yosemite Falls was considered the seventh largest waterfall in the world, and since it's tiered, only the lowest 320 feet of falls can be viewed at close quarters without hitting the hiking trails. This trail takes you from the Lower Falls viewpoint to the top of the Upper Falls in 3½ miles and 2,700 feet of elevation gain.

You'll have plenty of excuses to stop for breaks on the climb, since photo opportunities are many. Sweeping panoramic views of Yosemite Valley and Half Dome become increasingly impressive as the elevation increases, and eventually you'll turn a corner and the towering Upper Yosemite Falls will be revealed.

Water crashes down 1400ft of sheer vertical granite face into the pool below, before gushing off into the smaller mid-falls area. From here the trail does not approach the rushing water, but instead veers and switchbacks upwards towards the top of the falls where a viewing are provides limited views over the top of the falls.

If you have a little more energy left over, cross the Yosemite Bridge creek and head up another 300ft and ¾mile to Yosemite Point for an even higher vantage point over the valley.